Development and building institutions and traditions is more important for a new country than democracy. 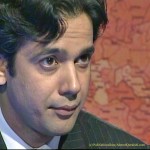 * Development and building institutions and traditions is more important for a new country than democracy. That’s precisely what Pakistan needed and continues to need. In Pakistan, we need a visionary nationalistic leadership at the top backed by the strength of the Pakistani military to install a confident visionary leadership and give it consistency and continuity. That’s the formula that worked for China. The more time we waste in propping up a fake democracy, the more Pakistan will come closer to internal failure.


* Consider Mr. Musharraf and Mr. Putin, both products of military institutions in their respective countries. Both came to power around the same time. Ten years later, Musharraf faces the humiliation of exile and defeat while Putin is still in power. Musharraf led the country into internal and external chaos leaving Pakistan humiliatingly even more dependent on other countries that are taking advantage of the situation, while Putin saved Russia from collapse and reasserted Russia’s power when everyone had written that country off.
Link
Запись опубликована в рубрике Articles in English, Economie. Добавьте в закладки постоянную ссылку.

3 комментария на «Development and building institutions and traditions is more important for a new country than democracy.»