J’ai déjà sur ce blog expliqué ce qu’est SELIGER. SELIGER 2010 à eu lieu, moins politisé, et sur le thème de l’ouverture. Je me permets ici de recoller quelques passages d’un article du Moscow Times.
LAKE SELIGER, Tver Region
The summer camp on Lake Seliger used to be a private party for pro-Kremlin youth, but this year EU flags and a motley crew of foreign participants indicate that the times are changing.
“I really don’t care about Russian politics because I am not from Russia,” said Akhilesh Chauhan, 20, a student from India who praised the friendly atmosphere at the camp.
Among the 5,000 campers at this year’s gathering, which opened last Friday and runs through July 30, are more than 800 foreigners, including students from Britain, India, Kenya, Pakistan and Slovakia.
The pro-Kremlin pundits who warned campers in years past about shadowy menaces to Russia’s “sovereign democracy” at daily lectures have given way to educators, film producers and fashion designers.
Seliger was founded as a training camp for Nashi, a youth movement created in 2005 with the support of authorities seeking to stave off  “color revolutions,” popular uprisings that led to regime change in countries like Ukraine and Georgia.
But the camp has steered away from politics to become an education forum open to all public organizations,Oleg Rozhnov, the Deputy Sport, Tourism and Youth Politics Minister who is also involved with the forum, said last year.
That does not mean that authorities have thrown the project to the wind. President Dmitry Medvedev made a splash at the Seliger camp on Thursday in his first visit as president. He previously attended in 2007 as a first deputy prime minister.
The president viewed several innovation projects by young inventors and chatted with Stanford University representatives who invited him to come and give a lecture. Medvedev gave a speech at the university in California late last month during a tour of Silicon Valley. He also visited President Barack Obama in Washington.
“I will try to settle it with Obama and come and visit you one more time,” Medvedev said Thursday, RIA-Novosti reported.
Buses carrying 400 children from another summer camp in the Tver region were stopped by traffic police for three hours to make way for Medvedev’s cortege, the opposition web site Kasparov.ru reported. But Interfax said Medvedev arrived by helicopter.
A Kremlin spokesman could not immediately say late Thursday how Medvedev had traveled to the camp but noted that decisions to block roads are made by local police, not the Kremlin.
When Nashi ran the camp, the national anthem was used as a wake-up call, and the practice has persisted. But the Nashi members in attendance are mostly employed as guides and guardians of order, not propagandists like before.
Discipline also remains strict like in Nashi times. Campers have a 1 a.m. curfew, and those who drink alcohol are kicked out on the spot. Even skipping lectures can result in a camper’s badge being punched with a hole — and three punches mean a ticket home.
But the atmosphere around the camp was cheerful during a visit this week, with campers spending their time alternating between lectures and leisure activities like rock climbing, bicycling and boat rides.
Previous Seliger camps had political posters plastered all around the place. But this year, only two big photos — of Medvedev and Prime Minister Vladimir Putin — were featured on the walls of an open concert stage.
Even those traces of propaganda puzzled some guests.
“Honestly, I was very surprised [to see] Putin and Medvedev. In Japan, we do not see the pictures of political leaders in places like this,” Japanese student Yumi Tsubaki said as she sat on the grass chatting with a Russian-Korean friend, Kim Me Dua.
Tsubaki, one of 26 Japanese students at the camp, said she was an English major attracted to Seliger because of her interest in Russian culture. Some foreigners have complained about visa problems, but Tsubaki said she had no trouble.
Mikhail Mamonov, director of Seliger’s international program, said about 30 foreigners were not able to attend but insisted that no one had been denied a visa. He did not specify what prevented them from coming.
Some foreign youth who made it to Seliger were still dissatisfied, and a British student, Haidar Ali, even showed The Moscow Times a list of complaints he had compiled: no English translations during some lectures, a general lack of planning, and “couples engaging in inappropriate sexual activity.”
“They have failed in what Seliger promised to deliver,” Ali said.
He said he was particularly disappointed by the lack of political lectures by Western professors, as scheduled by organizers.
Ali said Frederick Starr, a professor on Central Asia, Afghanistan and Caucasus from Johns Hopkins University in Baltimore, was the only Western lecturer who had spoken so far.
The complaints did not prevent Vasily Yakemenko, who headed Nashi when its members harassed Britain’s ambassador in 2006 for attending a Russian opposition event and now heads the Federal Agency for Youth Affairs, which organizes the annual camp, from speaking fondly about the foreign participation this year.
“The main topic of the international session is to open Russia to students worldwide,” Yakemenko said Wednesday, Interfax reported.
None of the foreign participants interviewed by The Moscow Times were aware of the Seliger camp’s politically charged history.
But many Russian participants noted that the gathering had improved without Nashi.
“There is more freedom and artistic spirit,” said Yana Belotserkovskaya, 19, an amateur poet from Lipetsk in central Russia who raved about a lecture by acclaimed poet Yevgeny Yevtushenko.
Representatives of foreign and Russian companies that are sponsoring the camp said they would not be involved if the camp focused on political themes like in previous years. They spoke on condition of anonymity to avoid problems with camp organizers. Camp partners include Russian Technologies, KPMG,Siemens and PriceWaterhouseCoopers.
“Before it reminded me of a Communist camp. I think it has became much better now,” said one Russian company representative. “All they need to do is maybe stop broadcasting the national anthem in the morning.” 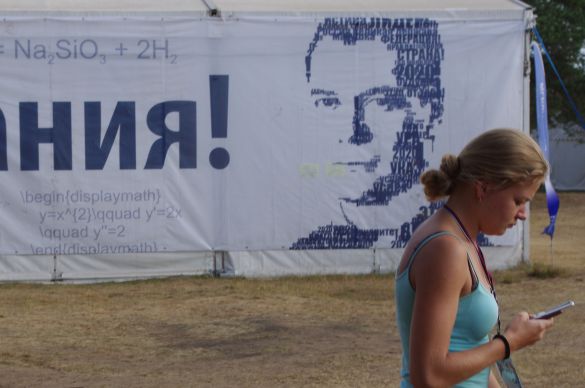 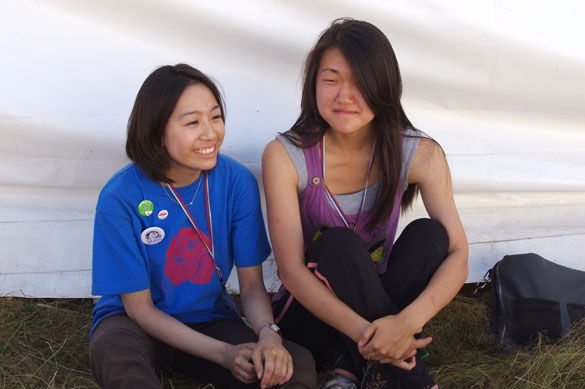 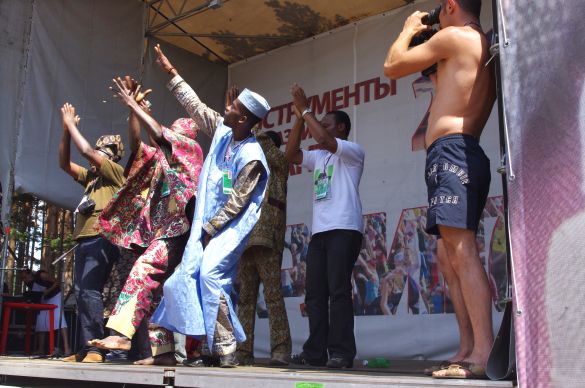 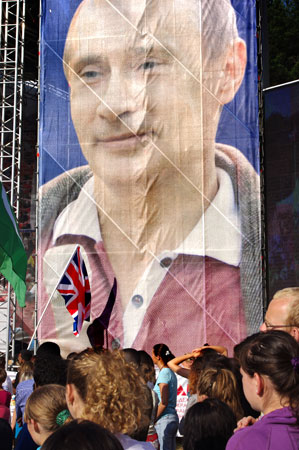 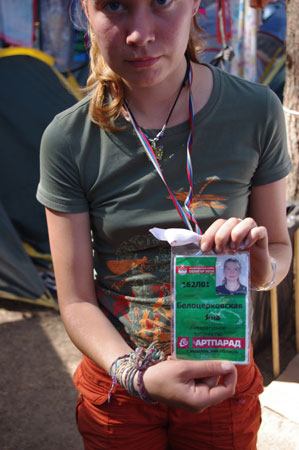 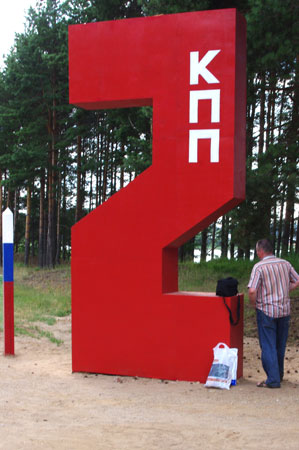