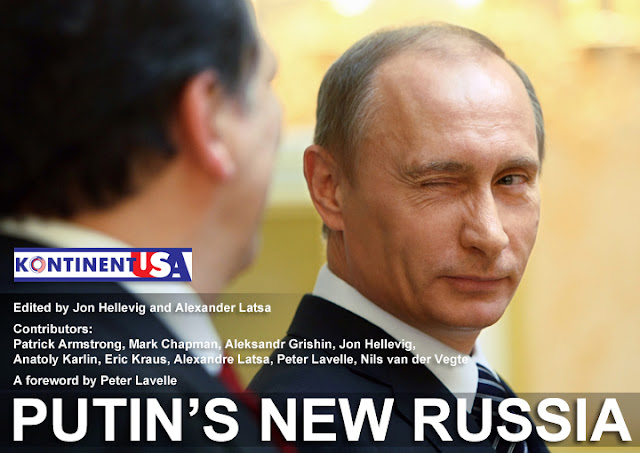 Press Release: the book “Putin’s New Russia” is available.
The  editors Jon Hellevig and Alexandre Latsa have brought in a host of contributors that have the independence and courage to speak out against the willful and malicious propaganda war against Russia in which the western media is an all too willing accomplice with its gross double standards, hypocrisy and venal  stupidity. Most of the contributors, a true “coalition of theттunwilling”, have experienced at firsthand the years of anarchy and the emergence of the normal country under Putin. They comprise mostly Western scholars, businessmen and analysts like: Eric Kraus, Patrick Armstrong, Jon Hellevig, Alexandre Latsa, Mark Chapman, Anatoly Karlin, Nils van der Vegte,
Aleksander Grishin, and Craig James Willy.
The book is published by American non-profit NGO “Kontinent USA” 1800 Connecticut Avenue, NW Washington, DC 20009 US-Russia.org 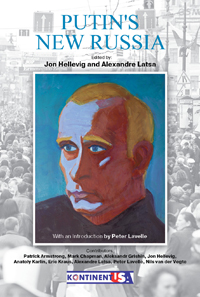 The book is now coming out in both print and as an e-book that You can download here.
A Russian version is due later in the fall.
*
For a reader of dominant western media all the received myths about Putin and Russia which the media has so deceitfully cultivated during the last ten years will be  thoroughly uprooted. The reader is offered a fresh and new view on virtually everything you may think you know about contemporary Russia: its political system, leaders, economy, population, so-called opposition, foreign policy and much more. It will emerge that much of it is either seriously flawed or just plain wrong. This has not happened by accident. This book explains why it happened.
Putin’s New Russia not only provides a more balanced view of Russia’s post-Soviet history, but it also shames the vast majority of western journalists who have covered Russia over the past two decades, and the so-called “expert Russia watchers” employed by faux NGOs and think-thanks. These are two circles of people who reinforce the same tired and fundamentally flawed interpretation of just about everything related to Russia. Both claim to inform, but what they really do is to disinform the western public so as cast Putin and Russia in the image of an enemy with all the leeway it allows for furthering their geopolitical goals. The contributors to this book contest the
image presented by the mainstream press. The book exposes the bogus rhetoric of Western governments, their special purpose think-tanks and NGOs. It brings to light the misuse by them of such lofty terms as “democracy”, “human rights” and “civil society” as a front in the service of achieving geopolitical advantage.Publications Details

The book can be ordered from this address: putinsnewrussia@gmail.com
Instructions will be sent by the return e-mail