Symbols of the Egyptian April 6 Movement leave no place for doubts regarding the influence of Serbian Otpor and other youth movements, which distinguished themselves during the Eurasian color revolutions.Even theself-presentation of this association is rather unequivocal. At the web-site of organization we discover a revolutionary symbol  of Otpor — the lifted fist. 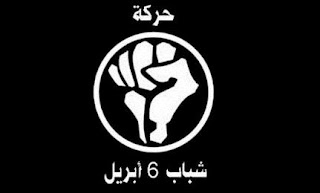 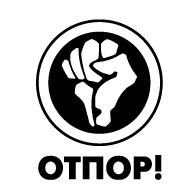 Lifted fisted is a well-distinguishable logo, invented by Otpor and used by the Orange movements, siding with the Serbian alignment — be it Georgian Kmara or Russian Oborona. 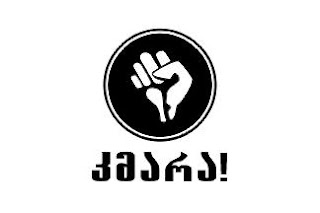 Two reports that Wikileaks published in November of 2008 and January of 2010 mentioned the connections between the U.S. Embassy in Cairo and numerous Egyptian activist. It was pointed out that blogger Israa Abdel Fattah was a member of activist group, which participated in one of the educational programs, which Freedom House NGO organized in Washington. 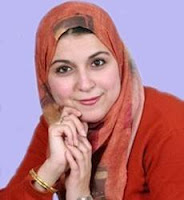 The program named «New Generation» was financed by the USAID. Its objective was to train «political and social reformers». Report about that visit is available at the Freedom House web-site. Let’s compare this program to the activity of the French Embassy towards the French national minorities from the suburbs.
In January of 2010 the American diplomatic support of the  emerging Egyptian opposition for the sake  of organizing the «democratic»
coup d’état was publicly announced in the Project of Middle East Development — it wasn’t restrained only with the Egyptian territory, but rather included en entire Middle East. As the report, dated by the January of 2010, specifies, in response Egyptian authorities have carried out a series
of preventive detentions of a «group of people including bloggers, journalists and opposition activists, El-Ghad and Democratic Front party members, Kifaya and the April 6 Movement functionaries». There was even one Frenchman among the arrested…Some of detained people have
returned from Washington, where they participated in an aforementioned New Generation training program, while a certain man was to take part in POMED.
Meanwhile, in March of 2010 few leaders of the April 6 Movement were received by the American counterparts and trained to use the  technologies of public mobilization, strategic planning and the new media. Besides, they studied how to «make the civil society competent in the information matters» and «further politicians and common public to share the information about the real origin of Egyptian democratic freedoms in the Internet». 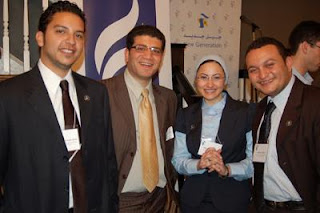 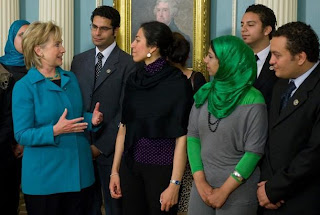 It’s worth mentioning that then (beginning of 2010) oppositional movements — April 6 Movement, Kifaya, Muslim Brotherhood and Socialist Party — have agreed to carry out a series of scandalous rallies on the eve of the forthcoming Egyptian presidential elections in 2011. Yet, as the Wikileaks cable points out, American Ambassador considered this plan  futile.

Egypt is a key Middle-Eastern country. The USA has two strong allies in the region — Israel and Saudi Arabia. Yet, the state of the primary  strategic importance is Egypt, of course — the country with the largest population, the center of the Arab world.
If Egypt is uneasy somehow, it influences the entire region. That’s why American diplomacy is playing double: it supports both official authorities (military junta that replaced Mubarak) and prepares possible successors of the presidential seat. U.S. ties with «radical» Islamists like the Muslim Brotherhood is a special subject. This brotherhood, created in 1928 and prohibited in Egypt since 1954, has returned to the political arena after Mubarak’s resignation through the political movement Party of Freedom and Justice. They’ve established an Egypt  25 TV-channel — a hint to the January 25 Movement,  which deposed the ex-President Hosni Mubarak. Without doubt, they make the majority (in the sense of people’s strength) on the streets today and may become the largest parliament bloc after the elections.
So what’s the connection between progressive bloggers and radical Islamic brotherhood, professing jihad? Communities (the Belgrade-like revolutionary cells), where the…non-violent revolutionary actions were taught, have been spreading among the Muslim Brothers since the beginning of Egyptian revolution and holding the first flash-mobs, which seemed to be chaotic at first (according to Ivan Marovic, one of the Otpor members, revolutions always seems to be chaotic on the TV, but they are never such in fact). Mohammed Adel (who trained in Belgrade with the Otpor employees), has also visited several classes.
Neither had it come as a surprise that during the first large united demonstration, held on the 25th of January, a curious coalition emerged — it consisted of April  6 Movement, Muslim Brotherhood and the Kifaya movement, which is mediating link between the previous two. Kifaya means «enough», «stop» or even «sick of that», which reminds of the motto «gotov je» (off with it) of Serbian Otpor or Pora («the time has come») youth movements, which were the vanguard of color revolution.
Since the moment of its creation, Kifaya was supported by the International Center for Non-Violent Conflict. According to certain French intelligence specialists like Eric Denese (President  of the French Center for Intelligence Studies and a former intelligence officer himself), absence of anti-Israel slogans or statements during the rallies is a sign of a good training of the movement leader.

Finally, there’s a fourth movement — committee of support for Mohamed El Baradei, former IAEA Director. When he returned to the country in the beginning of 2011 in order to take part in the presidential campaign, young activists of the April 6 Movement came to meet him in the
airport. «5 thousand people gathered in one place, nothing like that has ever happened» — Basem Fathy says, one of the rally participants.
Do you remember him? One of the most influential members of the Qatar-based Academy of Change, which mediates Otpor and the April
6 Movement, he was mentioned in the first part of this particle. Now he heads a group with high political
aspirations.
We have to mention that Mohammed El-Baradei is a board member of ICG (International Crisis Group), international non-governmental organization, established in 1995 by a group of «prominent European and American activists, disappointed with the inability of global community to efficiently prevent and react to the tragic events that took place in Somali, Ruanda and Bosnia». One of the top aides of this «orange» international group is nobody else but Zbigniew Brzezinski — one the main theoreticians of the modern American geopolitics.