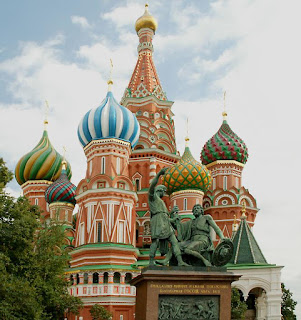 “There is no longer any doubt that with the end of the Cold War a lengthier world development period came to an end, spanning 400-500 years during which European civilization had dominated in the world. The historical West had consistently advanced on the edge of this dominance.”” The new stage is occasionally defined as “post-American.” But, of course, this is not a “world after the US” and even less so without the

US. It is a world where as a result of the rise of other global centers of power and influence the relative significance ofAmerica’s role dwindles, as was already the case over recent decades in the global economy and trade. Leadership is an entirely different question though; it’s above all the question of achieving harmony within a circle of partners, of the ability to be the first, but among equals.”“To define the content of an emerging world order, such terms as multipolar, polycentric and nonpolar are also put forward”

“We do not share the concerns that the current reconfiguration in the world will unavoidably lead to “chaos and anarchy.” There goes the natural process of the formation of a new international architecture – political as well as financial-economic – which would correspond to the new realities.”

“The rigid Anglo-Saxon model of economic and social development is again, as it did in the 1920s, beginning to wobble.the global financial-economic architecture was largely created by the West to suit its own needs. And now that we watch the generally recognized shift of financial-economic power and influence towards the new fast-growing economies, such as China, India, Russia and

Brazil, the inadequacy of this system to the new realities becomes obvious. In reality, a financial-economic basis is needed which would conform to the polycentricity of the contemporary world. The manageability of world development can’t be restored otherwise.”

2 thoughts on “Russia is the future of Europe !”