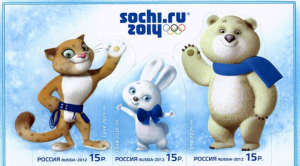 In turn, Alexandre Latsa, the expert on geopolitics, French blogger who lives in Moscow, suggested that the popularity of Russian resort area with a mild southern climate will increase after the Olympic Games.

“Instability is growing in the Muslim world which may lead to the fact that many foreign and Russian tourists will choose safe destinations such as the north of the Mediterranean or the Black Sea in Russia,” he explained.

Moreover, in his opinion, the location of Sochi and new infrastructure are two important components the combination of which should be beneficial for the development of sports in Russia.

“The Olympic project that involves large-scale infrastructure development is a kind of a challenge to the world community. Many countries could not afford it, so the Games provoke a lot of envy,” the French analyst added.

In his opinion, this event can play an important role in raising the international prestige of Russia.

“Since the beginning of 2014 Moscow has tense relationship with the West after numerous disagreements on social issues. Russia is also an important actor in Syrian issue, and we understand that the terrorist threat is high. If Russia avoids a terrorist attack, the country will significantly strengthen its position in the international arena by the end of the Olympics,” Alexandre Latsa explained.